Honours and Awards for the King's Birthday 2023 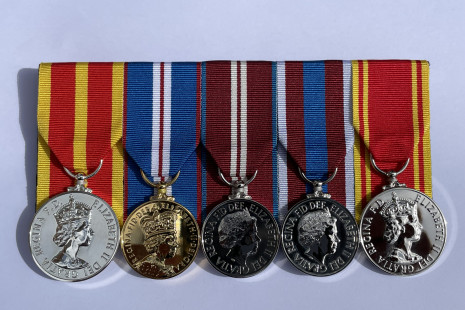 The honours system recognises people who have:

They’ll usually have made life better for other people or be outstanding at what they do.

Nominations from the fire and rescue service are considered alongside a wider range of nominations from other sectors. It is therefore important to have citations of the right balance which are of high quality to increase the chance of success.

For members of the fire service you can nominate a person for a King's Fire Service Medal for those who have displayed conspicuous devotion to duty.

Nominations can also be made for Order of Chivalry listed, as follows:

The full criteria for both the King's Fire Service Medal and Order of Chivalry can be found here (Honours Award Criteria).

Nominations should be provided using the appropriate form and the citation must be limited to 3,000 characters for Order of Chivalry. The citation must detail the reason why the nominee deserves consideration which, in addition to exemplary service, should include other community involvement and charity work, where appropriate, and supporting letters should accompany the citation as they increase the chances of success.

Also attached is an aide memoire to assist you in writing nominations which I’m sure you will find useful. What is clear is that the first two or three sentences should really grab the attention of the reader, and length of service, even for on-call/retained firefighters and officers there is no guarantee of a successful nomination. It is much more about what the person has achieved, link can be found here (Honours Nominations Guidance).

Please remember nominations can take some time to process, so some consideration needs to be given to timescales. It is worth noting that guidelines stipulate that a person must be in the role they are being nominated for within the 12 months prior to the announcement of the Honours list. Therefore, if you are considering nominating someone who is close to retirement, the announcement of their award must be within 12 months of them leaving the service.